Encouraging the visitors to NZ

Client: International Board on Books for Young People 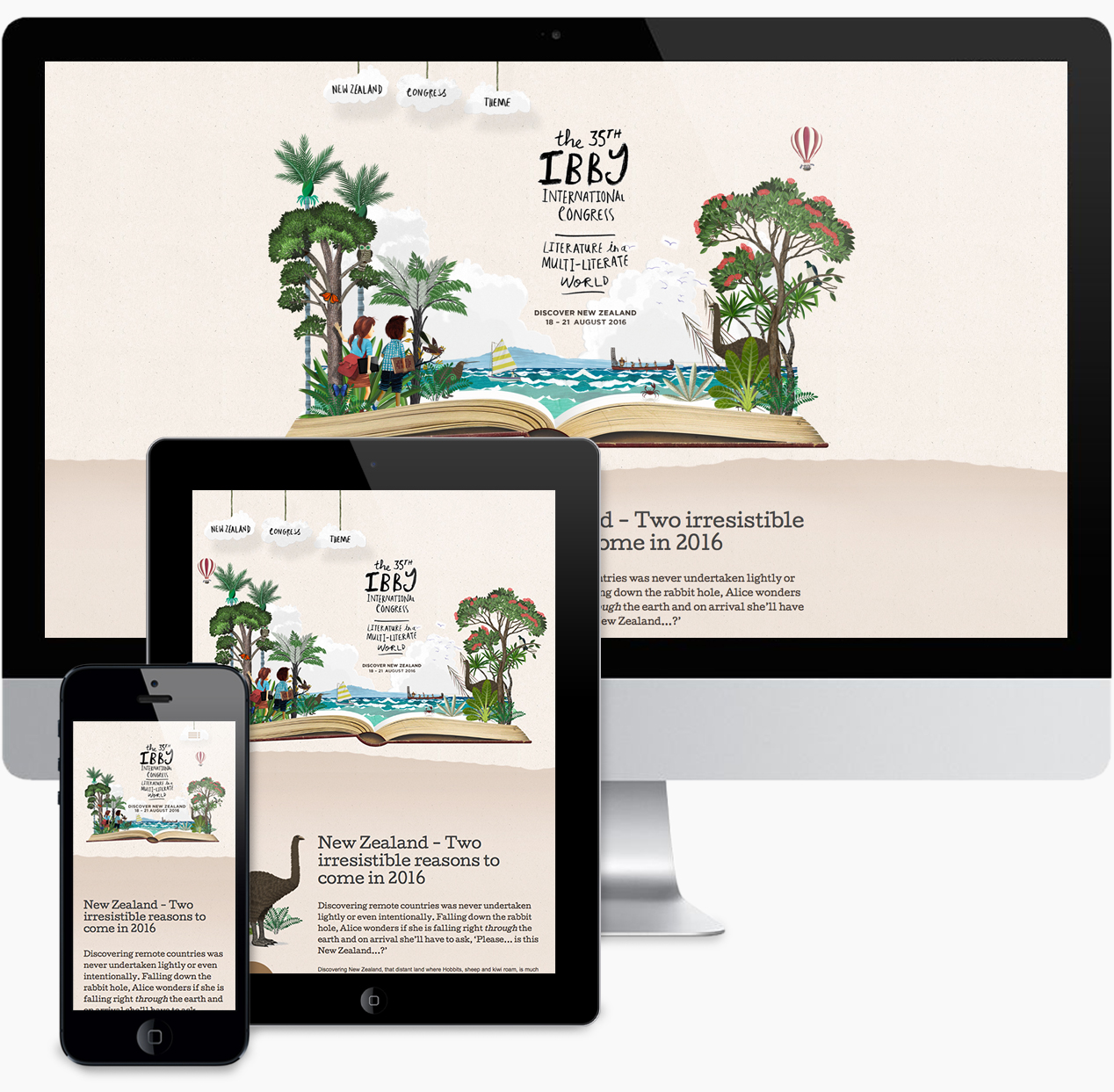 The International Board on Books for Young People (IBBY) hold their biennial international conference in New Zealand in 2016. What could they do, two years out, to get northern hemisphere audiences to start thinking seriously about making the journey?

When you need to attract 500 disparate people from around the world to niche congress in far away New Zealand, you need a website that works really hard on two fronts.

First, it obviously has to sell the Congress itself. But because we're a few time zone barriers away from the predominant audience, the selling of the opportunity to knock New Zealand off the bucket list was also a major priority.

And so an evolving website was strategised, with the first iteration focusing on awareness and dangling the carrot of New Zealand, and very little content on the Congress itself which was at that point in the very early stages of planning. Two years out from the Congress, the site was upgraded to put more emphasis on the Congress itself, its themes, content and keynote speakers, and more detail on the ease of travel to the destination, with plenty of tourism information.

As the Congress approaches, the site is having more content added almost weekly, specifically around the detailed programme, award dinners, new announcements etc.

Tags: Digital / Not for Profit / International Board on Books for Young People