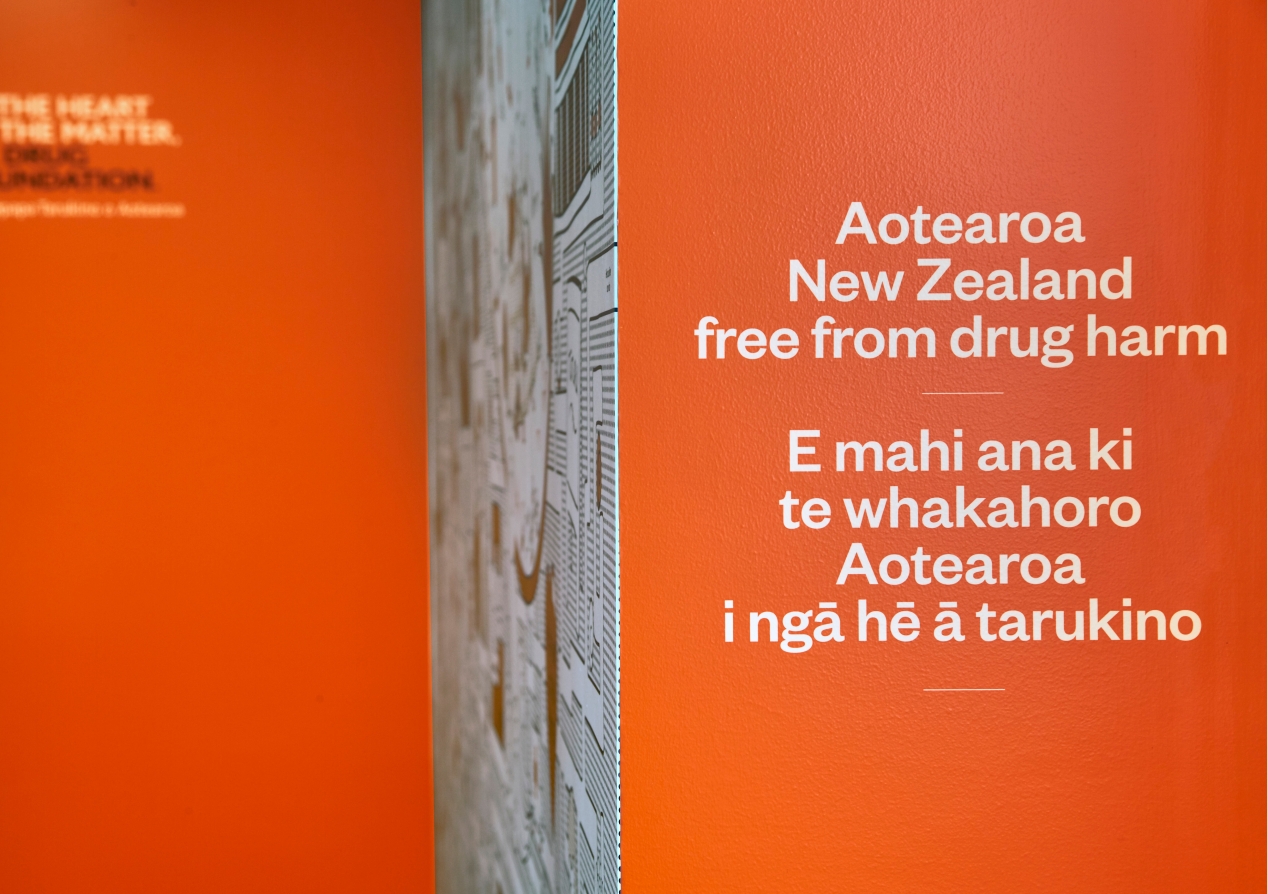 The Catalyst Room at NZ Drug Foundation is a space used for workshops, presentations and media interviews. And they wanted a powerful visual presence to generate discussion by those using the space.

The NZ Drug Foundation asked us to bring together the many things they do into a compelling visual display and conversation starter to be used within their Catalyst Room - a space used for events from workshops, to presentations, media briefings and interviews.

Drug Foundation works across a range of areas, from education, advice and advocacy for change and supporting initiatives across communities and organisations. As a result, a  wide variety of material is produced, each with its unique tone and style. Our challenge was to present all these messages in an integrated way. And that’s where the idea of an illustration came from.

Working closely with our client, we identified the stories our illustration needed to capture. Firstly, referencing historical moments and decisions that has led to where Drug Foundation is today. Secondly, highlighting those things they want to see more of, like reviewing outdated laws and impactful change initiatives such as needle exchanges. Lastly, focusing on the things that matter most in moving forward such as the use of community based responses and treating substance use as a health issue rather than a criminal one.

We worked with illustrator Chris Davidson to create the illustration. The style was developed to be approachable and ‘cartoon-like’ in order to capture significant issues and challenges without alienating audiences with too much darkness and bleakness. The illustrator included a level of detail and quirky surprises that keeps the viewer coming back. Black and white was used to bring an even level to a variety of elements and have them working together in a unified way. Orange was added as a highlight colour to reflect the brand identity. The brand was also incorporated through the maze graphic, an integral visual component of the Drug Foundation’s regular communications.

The final installed illustration has created a strong impression internally and for external audiences. It’s gained attention on media coverage and generated significant discussion by those using the space. The client is delighted with the result, asking us to  incorporate the illustration into the strategic plan and other communications. 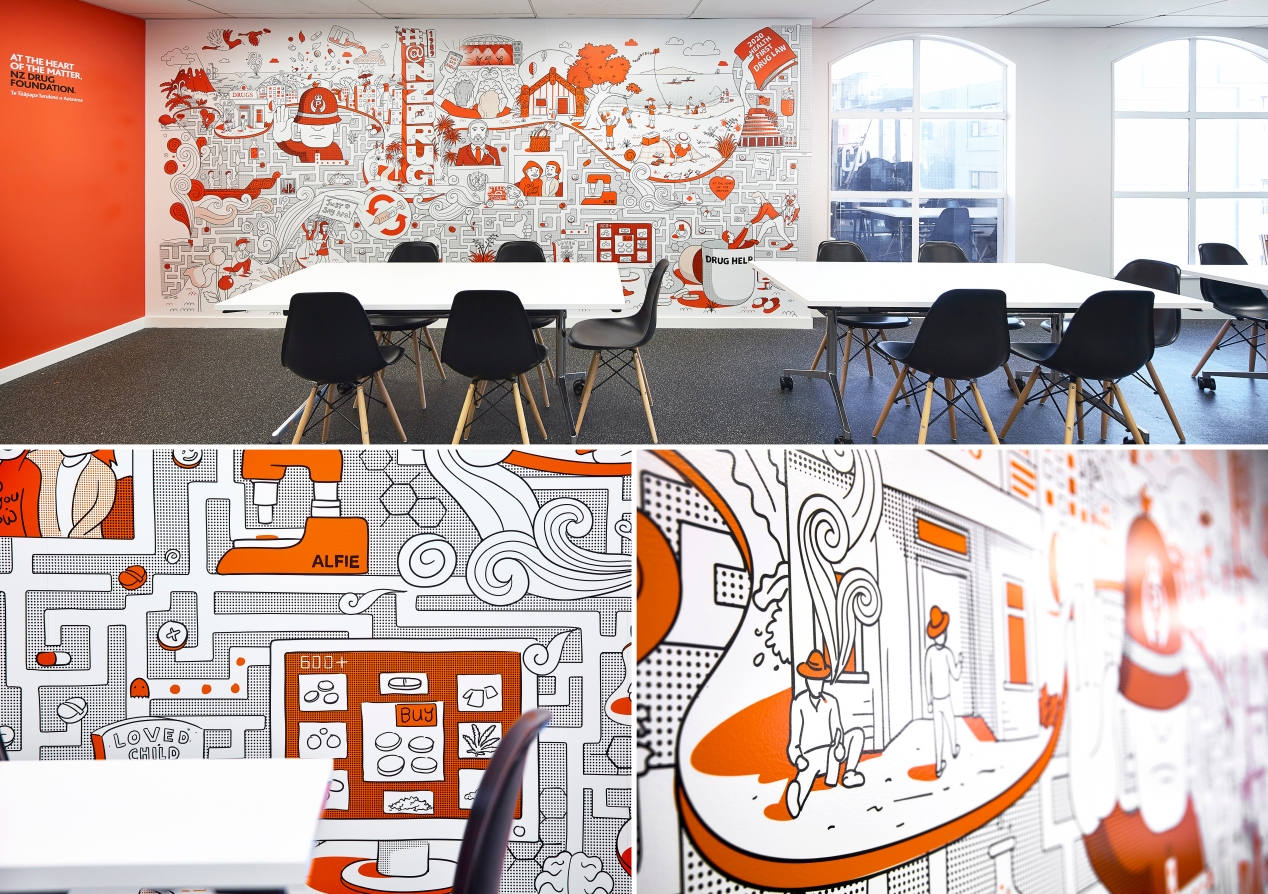 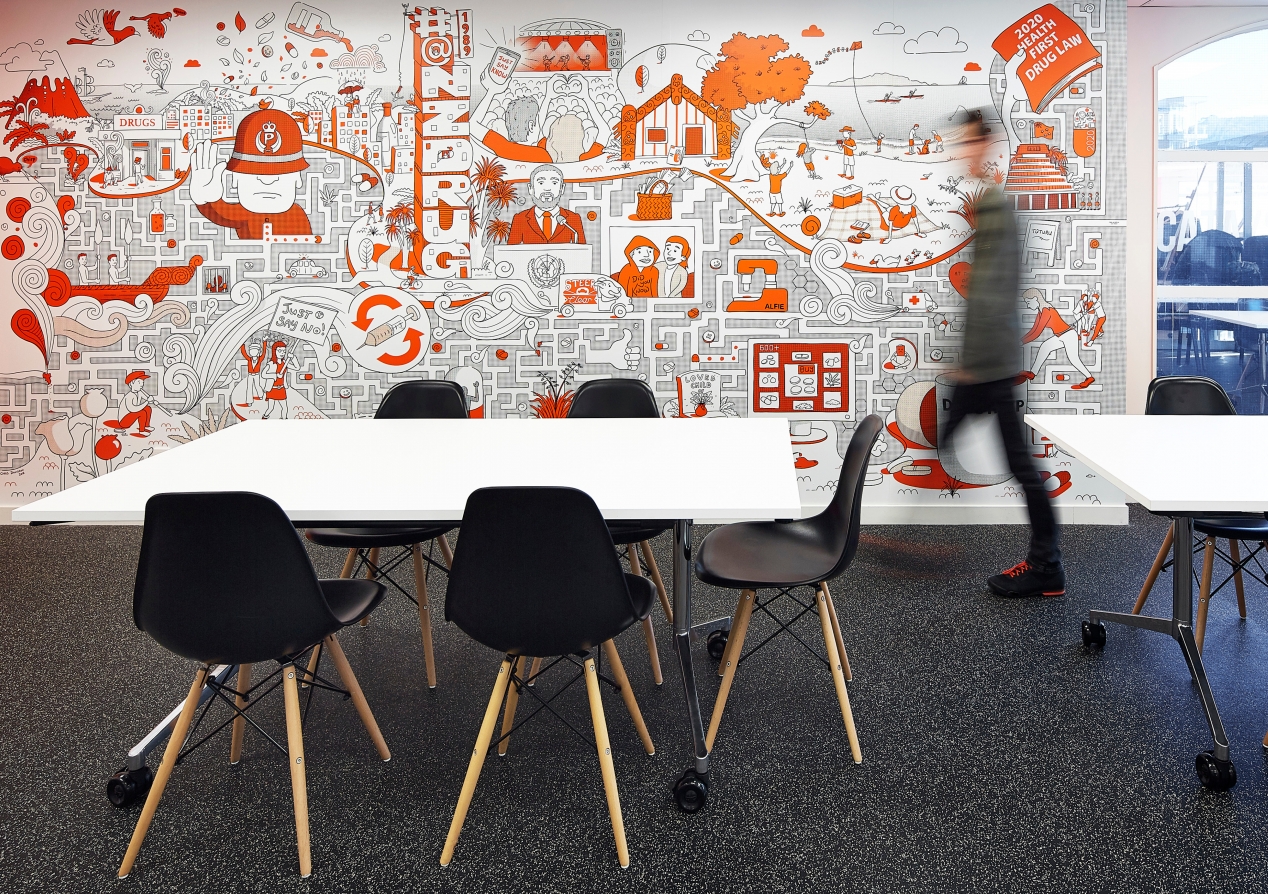 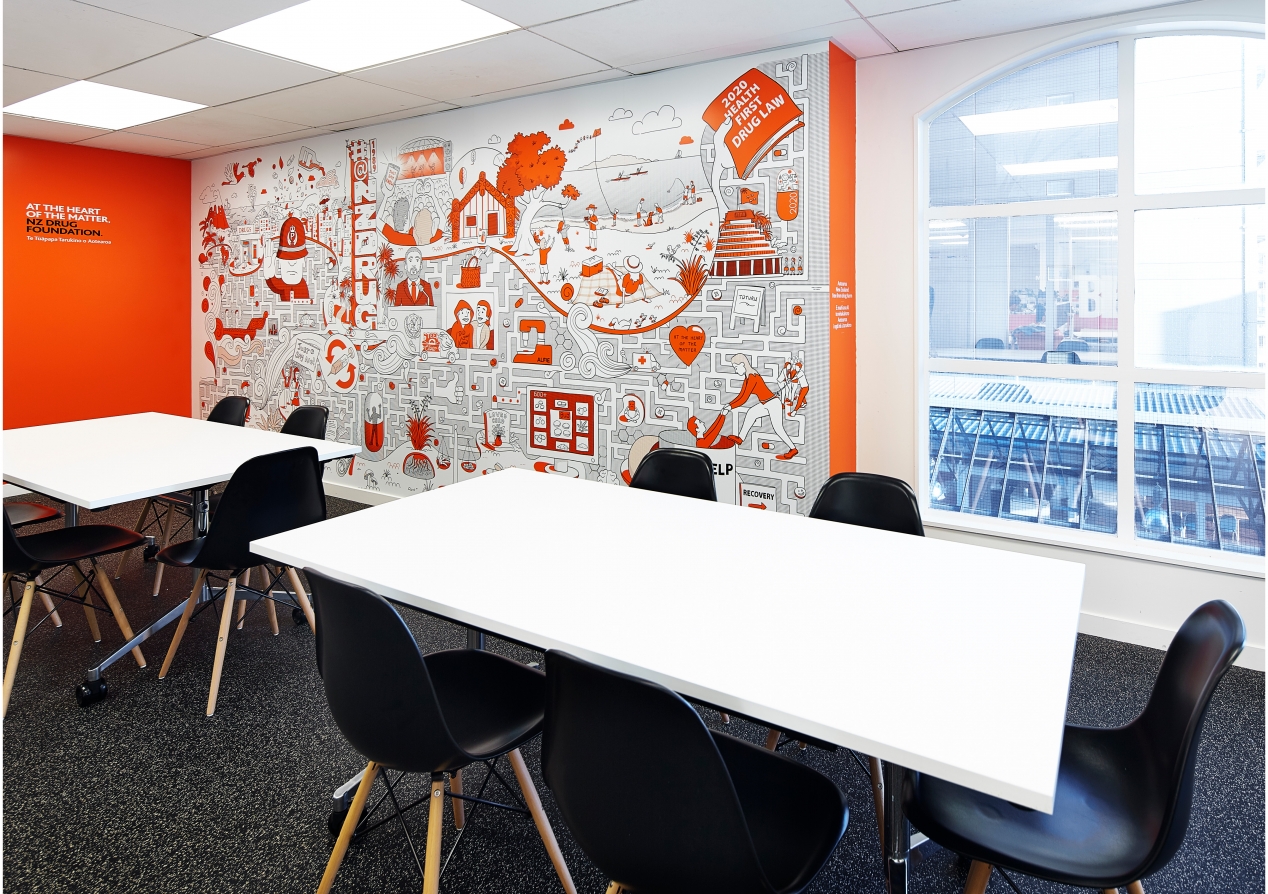 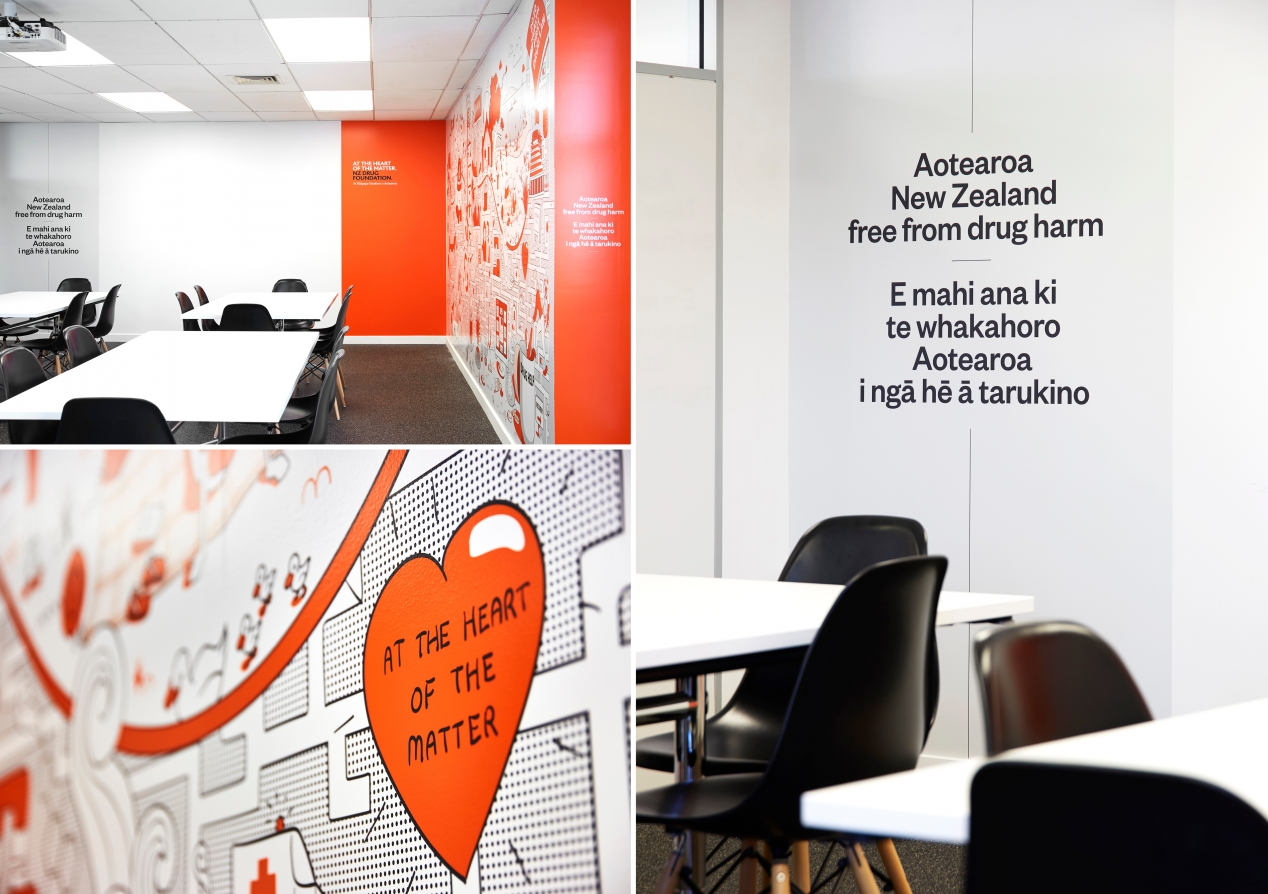 The maunga of Tāmaki

The maunga of Tāmaki