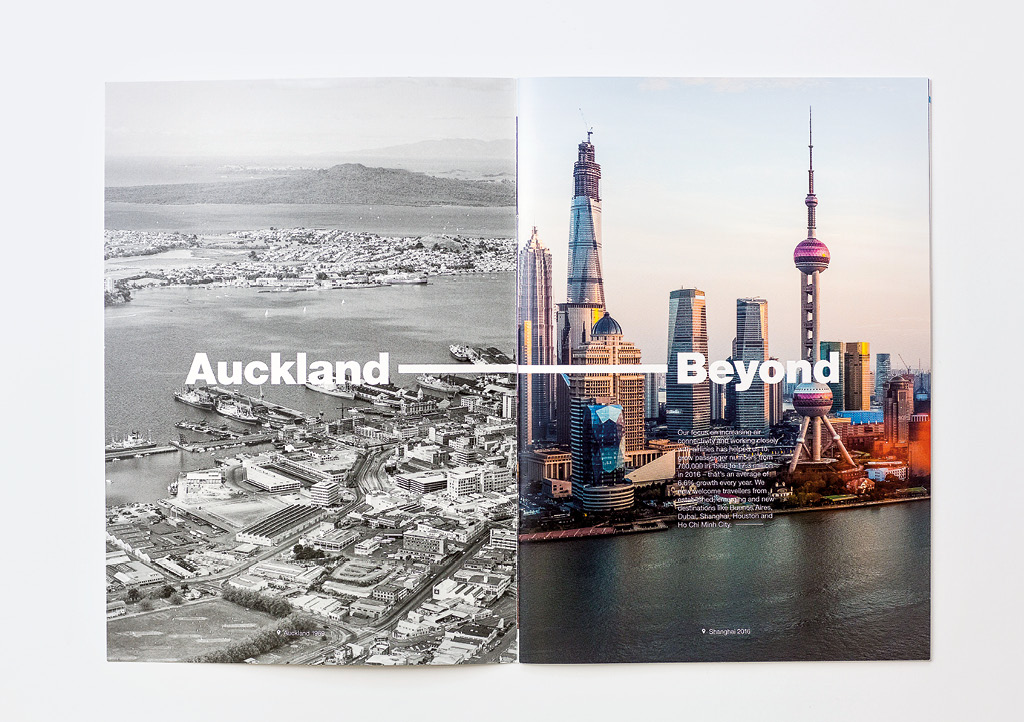 50 years is a milestone for any business, but for Auckland International Airport, it was a chance to remind shareholders just how much things have changed.

This was a chance for the annual report to celebrate enormous business advances over a long period, and also to communicate that the growth is still continuing – exactly as planned.

Since its official opening in 1966, Auckland Airport has brought our island nation closer than ever to the rest of the world and become a key driver of New Zealand’s travel, trade and tourism sectors.

We had a story to tell alongside the normal performance and strategy-in-action narratives.

We wanted to keep away from a dry history tale, so elected a bold, highly visual approach to the first few spreads that contrasted 1966 and 2016, both photographically and narratively, on key business drivers: destination connectivity growth, the retail environment, operating technologies and core airside and property infrastructure.

We also captured the reminiscences of two of the company’s longest serving staff members.

In terms of performance reporting, to help stakeholders easily track our progress, we continued to report with the consistent messaging structure that we have used for the last four years when the company first set out aspirations for four key performance indicators: the number of Chinese arrivals, the property rent roll, the number of international passengers arriving and the total number of passengers flowing through the airport. Each aspiration had a timeframe somewhere between 2017 and 2020.

While these were never considered ‘business goals’ as such, they were a publicly announced measure which was useful to focus their execution strategies and measure progress. As we approach those timeframe years, the Airport is tracking strongly against these measures – and we have faithfully reported this progress in the annual report since the aspirations were announced. Not only do we report the bottom line result for each, but much of the narrative stays on message to explain the initiatives and business plans that are making this success achievable.

The published report has effectively captured a strong sense of how far the airport has come and how focused board and management are on implementing their long term strategic plan. 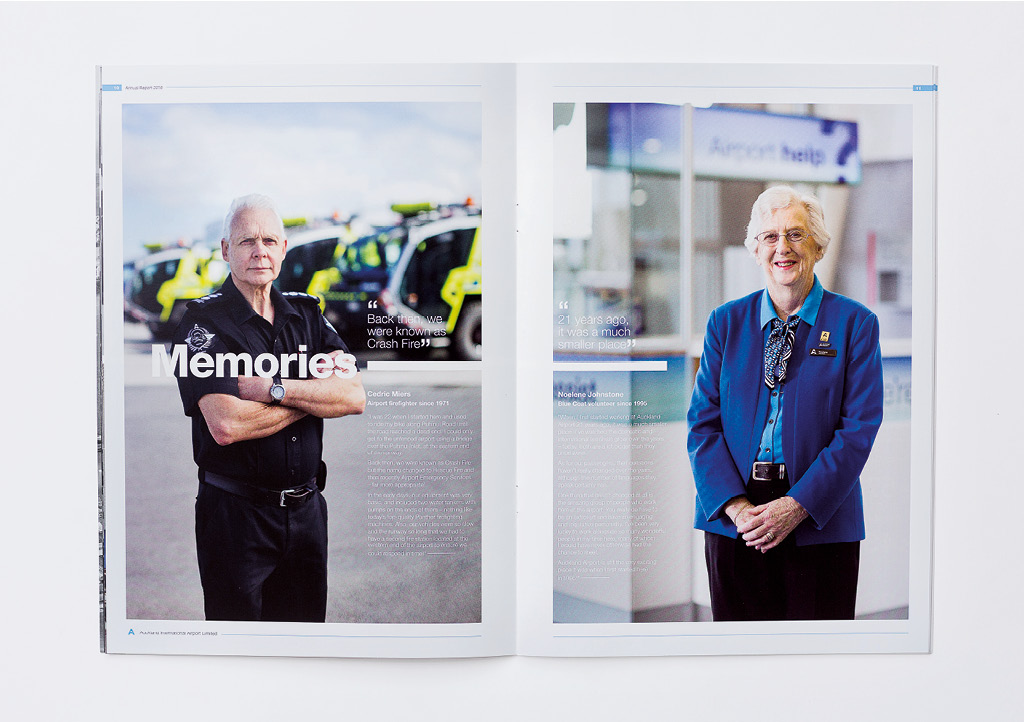 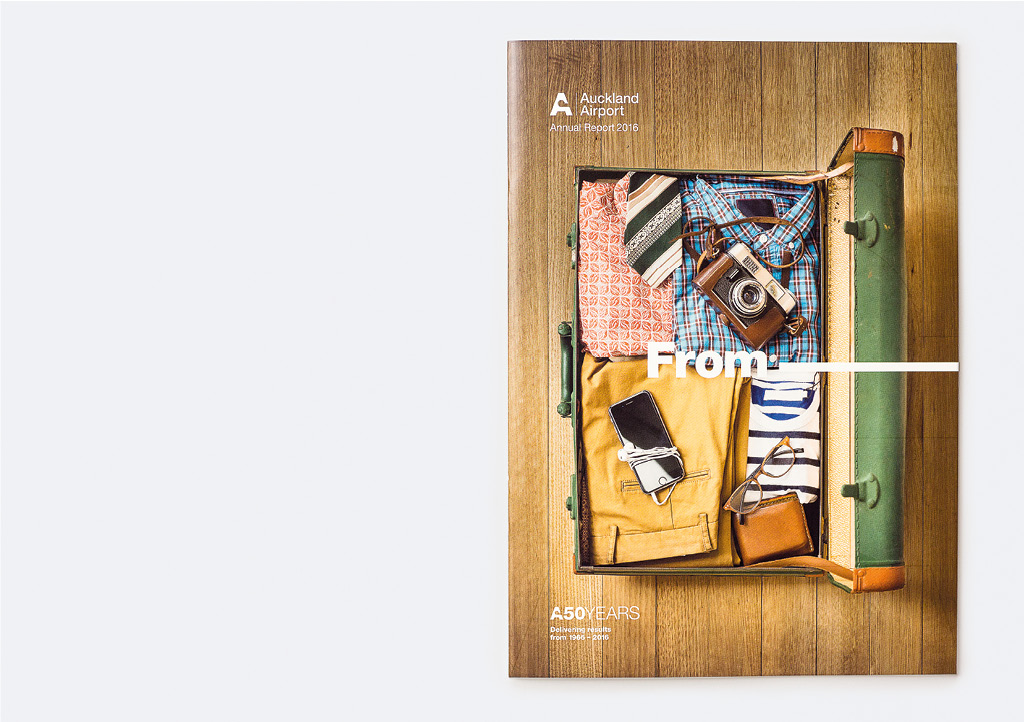 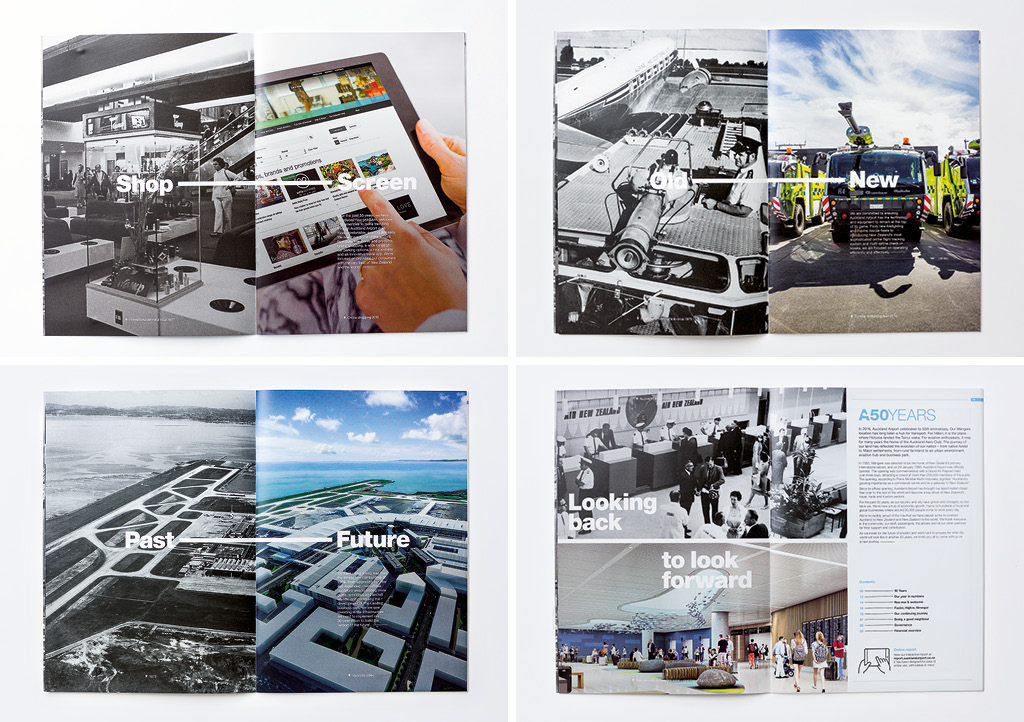 NZ may not be doing too well in the Rio Olympics, but Insight is winning golds, slivers and bronzes where it really matters: the New York based intern…