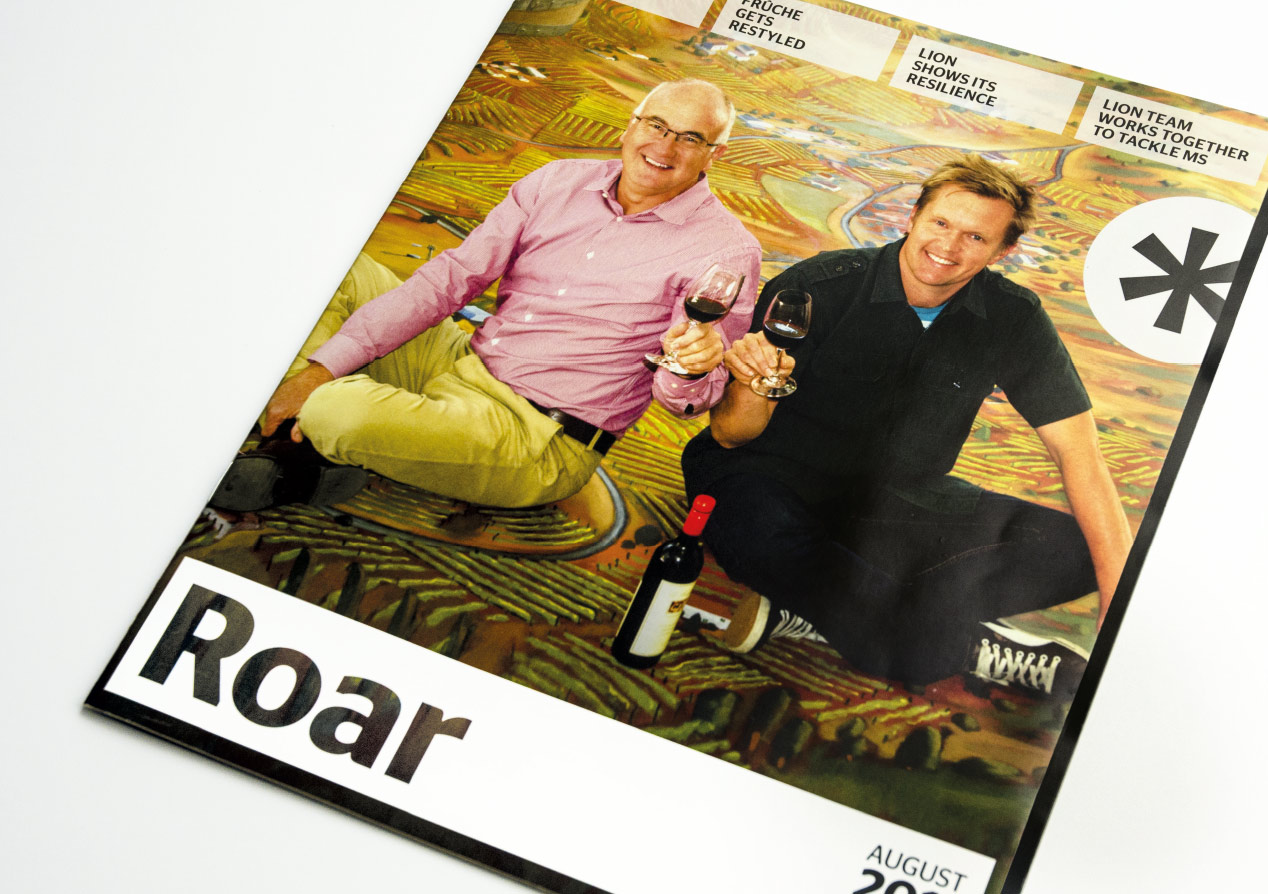 When Lion Nathan and National Foods came together to become Lion, they each had their own internal magazine respectively called ‘Shout’ and ‘National News’. Both magazines were developed for their internal audiences, about 8000 people around Australia and New Zealand.

Lion wanted to discontinue the two magazines and start a new ‘combined entity’ magazine, a symbol that they are now ‘one business’. Bridging the cultural differences between the two organisations and to aid the alignment of messaging between them.

We were in the process of completing the rebrand when starting the development of the magazine. The magazine proved a valuable opportunity to test the new identity elements with a very large discerning stakeholder group, starting with the creation of a suitable name. We came up with ‘Roar’, which was quickly embraced. It spoke to the attitude of the one organisation and a clearly recognisable name for a magazine that became the internal voice of the brand.

We then developed the visual expression for the tone of voice, established the format and created all design assets, to completion of a set of design guidelines ready for Lion’s PR agency, who were to develop content for each issue, to take over production.

An important aspect of the creative process involved the development of a forward looking design-strategy, from launch to future issues — shifting the messaging and content from a strong pragmatic and technical bias (more typical of the culture and interests at the time) to a distinctive human perspective (the organisational shift the company aspired to).

The new magazine design was dynamic, contemporary and engaging, reflecting Lion’s vision to bring more sociability and wellbeing to the world. The people at Lion quickly took to the new magazine, valuing the single-minded approach and clear representation of the character of the one organisation. EVP for The Guardians of NZ Superannuation

EVP for The Guardians of NZ Superannuation

Many of our clients and suppliers are working from home a day or two a week and that’s creating demand from our team to follow suit. We’re a small bus…