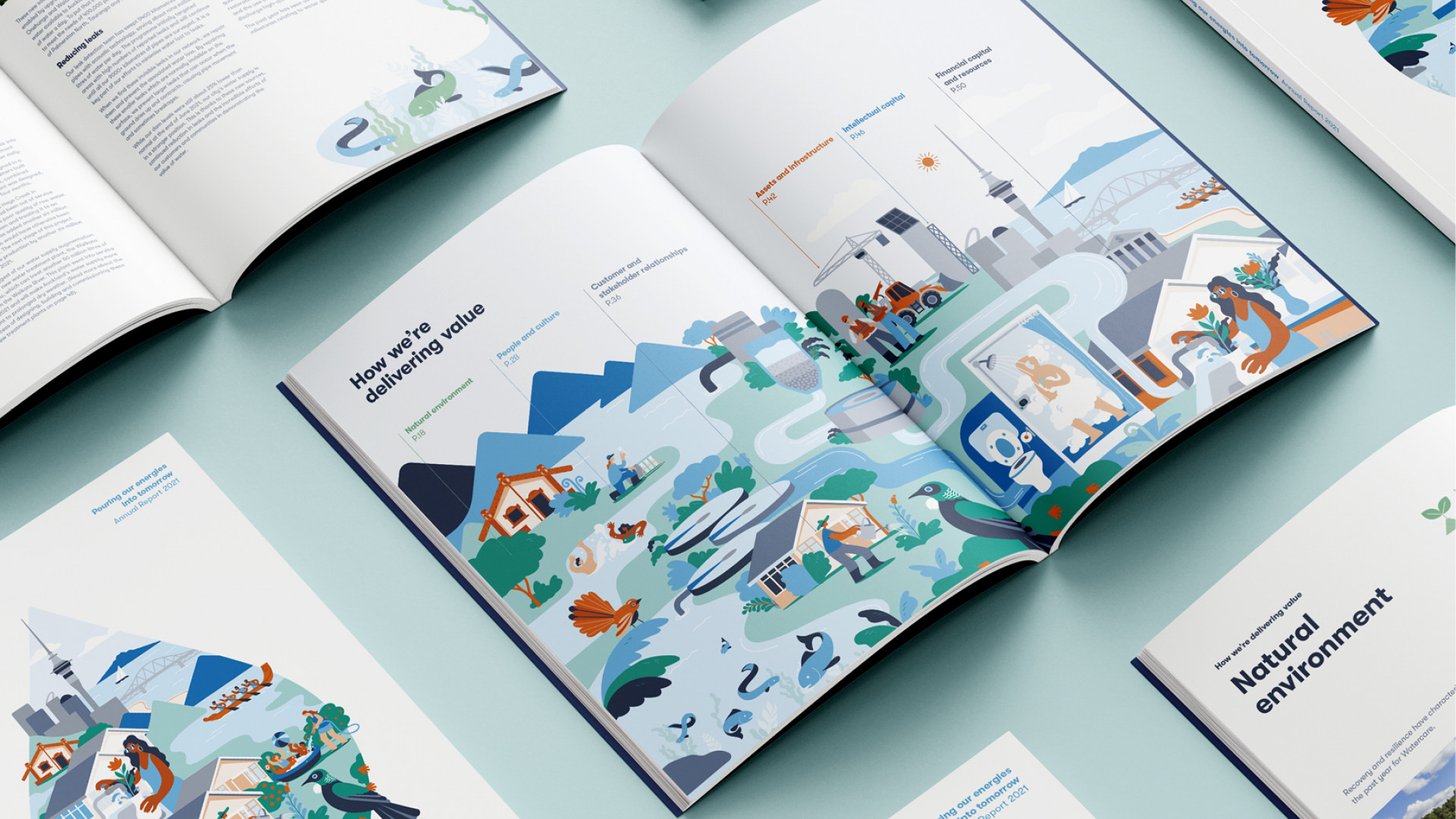 I have a vivid memory. Back in the early ‘80s, Auckland City Council unveiled a beautiful new public space above a new underground parking building. I remember it because of two things: it was a stunning piece of landscape architecture; and it looked completely out of place with no context. And then, a few years later, I recall opening the Herald and seeing the architect’s rendering of the proposed Aotea Centre. Combined with the existing Aotea Square it looked an awesome whole. Suddenly the master plan was evident. The component parts being constructed separately, but with one unifying vision which was not evident earlier.

I’m currently seeing a similar pattern emerge with corporate reporting, albeit on a global scale and of a less concrete nature. Which makes the feat even more outstanding.

While there’s no doubt that Integrated Reporting (<IR>) has accelerated globally as the most meaningful and insightful framework for corporate reporting over the past few years, it is also true that it has been just one of a plethora of reporting options for entities to navigate – and in some instances, choose between. Confusing at least, conflicting for many. And just when you begin to understand integrated reporting, along comes TCFD (Taskforce on Climate-Related Financial Disclosures), Modern Slavery, increasing ESG parameters etc. Throw in GRI, SASB, ISSB, CDP, CDSB, VRF and the alphabet soup has been getting particularly murky.

And that’s just in the non-financial space. At least on the financial side of the ledger, things have remained reasonably unambiguous and globally aligned, thanks to the universal pre-eminence of IFRS.

But back to the non-financials. There has been a lot of work going on behind the scenes to rationalise the alphabet soup. Come June 2022, things converge beautifully with IFRS now set to provide both financial and non-financial reporting frameworks.

In practice, it’s been a step-by-step consolidation. Bear with me for one paragraph as I explain the series of events. On November 3rd 2021 the IFRS Foundation announced that it would form a new International Sustainability Standards Board (ISSB) to develop a comprehensive global baseline of sustainability disclosure standards, accompanied by a commitment by leading investor-focused sustainability disclosure organisations to consolidate into the new board. These organisations are the Climate Disclosure Standards Board and the Value Reporting Foundation (VRF) which, in turn, was formed last year from the merger of the IIRC (International Integrated Reporting Council) and SASB (Sustainability Accounting Standards Board). Easier to understand the rapid progression this way: 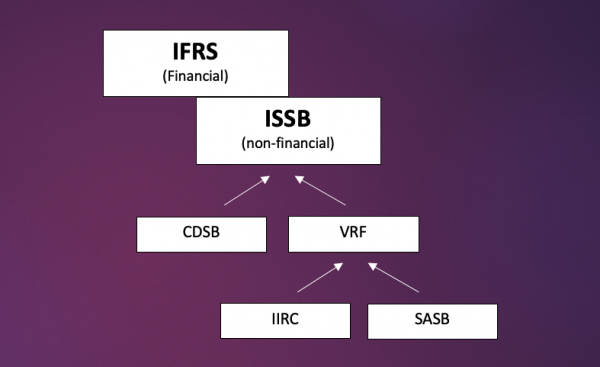 The aim of this mega convergence?

“The ISSB will develop, in the public interest, IFRS Sustainability Disclosure Standards that provide a global baseline of disclosure requirements designed to give investors high quality, globally comparable sustainability information. This programme of work has been welcomed by the G20 Leaders and carries the support of market regulators, multilateral institutions, investors and companies worldwide.

What’s most interesting here to me is the public interest masterplan that has been quietly coalescing behind these moves. While it has the appearance of some top-down global food chain gobbling, the opposite appears to be the motivation with the individual component parts offering themselves up to simplify global standards. I remember the CEO of the IIRC saying on a visit to Auckland a few years ago, that he looked forward to being able to dissolve his job - when integrated reporting became so mainstream that it no longer needed evangelising (my word, not his). It seems that he was not the only selfless person looking to the greater good over protecting their own fiefdoms.

At the top of the above food chain sits IFRS. Way back in 2010, IFRS recognised the limitations of financial reporting and the need for wider corporate reporting in their Management Commentary Practice Statement which encouraged management to report on strategies, critical financial and non-financial resources, principal risks, and prospects. All these elements are important components of integrated reporting.

Since then, of course, the world has moved on. The <IR> Framework gave more detailed guidance than IFRS’ earlier Practice Statement. And the notion of Value Creation over time became a globally grasped lens for assessing an entity's progress across a broad range of impacts.

“Because financial reporting is primarily - but certainly not exclusively - backward looking, it offers the most tangible evidence of a company’s performance. The income statement will remain the ‘hardest’ and most comparable source of information for investors.

“However, in the course of time, all value creation - also the focus of integrated reporting - will ultimately pass through the financial statements, although often with a considerable time lag. For these reasons, the financial statements will most likely remain the main anchor for investors and creditors in evaluating a company’s performance.

“Nevertheless, the Board has always been aware that financial reporting in the narrow sense has its limitations. In our Conceptual Framework for Financial Reporting, we acknowledge that general purpose financial reports are not designed to show an entity’s value and that users also need other sources of information to make their estimations.

“The <IR> Framework puts emphasis on interconnectivity among elements of an integrated report; for example, how developments in the external environment have affected a company’s business model and strategy. Both address more clearly resources that are not included in financial statements. The increasing awareness that environmental and societal restrictions have an impact on long-term value creation is also clear.

“IFRS is especially well-placed to make sure there is a good fit and connectivity between financial reports and non-financial information, which I believe to be essential to the success of integrated reporting.”

And so it comes to pass. It seems streamlining and unifying has been a common goal for quite some time and that the confusion we have witnessed over the past few years was really just the various building blocks being developed to allow the masterplan to finally come together.

And like Aotea Square, only in hindsight do we get to appreciate the big picture.

Have you noticed one of these terms cropping up in corporate and NFP conversation lately?…